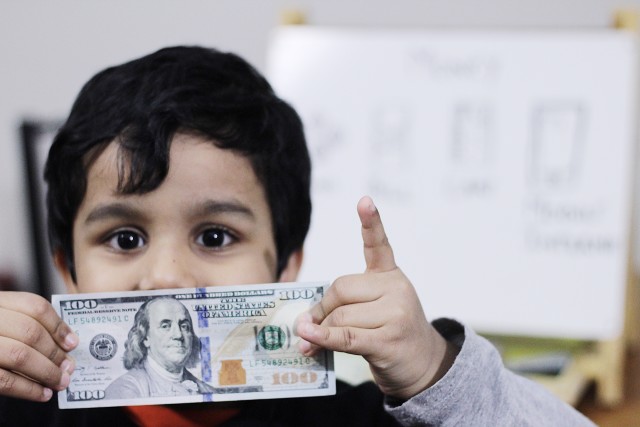 How to Get a Credit Card For a New U.S. Immigrant

About 80 percent of U.S. taxpayers get a tax refund from the federal government each year.

For the unlucky 20 percent who owe money to the IRS, it can mean coming up with $5,294 on average to pay their federal tax bill, according to an analysis by Magnify Money.

Can I Use A Credit Card To Pay My Tax Bill?

A credit card can be an enticing way to pay that bill, especially with a credit card that has a rewards rate of 2 percent or better, or has a good sign-up bonus for a big expense after first opening the card.

Some things, however, can make paying a tax bill with a credit card more expensive than it should be, and can leave you in debt if you don’t pay the credit card bill in full when it comes due.

Here are some things to be aware of when paying a tax bill with a credit card:

The convenience of using a credit card and coming up with the money later comes at a price: Processing fees charged by the credit card company.

The fees are determined by the payment processor and no part of the service fee goes to the IRS, the agency says.

The credit card fees range from 1.87 percent to 1.99 percent of the total charged by paying the IRS directly online or by phone.

Use the faster IRS e-file and e-pay options through your tax professional or tax prep software and pay with a credit card, and the fees rise to 2.35 percent to 3.93 percent.

In addition to paying an upfront fee, you’ll pay an interest rate of about 20 percent on your credit card if you don’t pay the bill in full when it’s due.

Credit Card Chips | Are They Working to Prevent Fraud?

Paying with plastic can give you 30 days or so to come up with the money. If not, you could pay at least four times what you’d owe the IRS by extending the payment on your credit card.

Even with 2 percent cash back in rewards from your credit card, you’ll be paying a lot more in interest charges if you don’t pay it off in one payment and don’t carry a balance.

If you can’t afford to write a check to the IRS, you could pay through an installment plan that you can set up with the IRS online. The IRS payment plan doesn’t have a setup fee and gives taxpayers up to 120 days to pay their tax bill. Accrued penalties and interest are charged until the balance is paid in full.

Automatic payments can be made from a checking account, money order, debit card or credit card. Fees apply when paying by card. Up to $100,000 can be owed in combined tax, penalties and interest for a short-term payment plan of 120 days or less.

The IRS also has a long-term payment plan of more than 120 days through automatic withdrawals that requires a $31 setup fee. It allows up to $50,000 in combined tax, penalties and interest.

For paying by another method for more than four months, such as a credit card, the setup fee is $149, but drops to $43 for low income people.

The interest rates the IRS charges for payment plans is equal to the federal short-term rate — which is 1.18 percent as of early February — plus 3 percent. So for about 4 percent interest, you can save a lot more than the 20 percent or so interest a credit card would charge.

Paying a tax bill with a credit card and not paying the bill immediately can cost more than the interest charges you’ll pay. It could also affect your credit score.

A credit utilization ratio is part of a credit score. Increasing that ratio to 30 percent or higher by using more available credit can cause a credit score to drop and make it more expensive to borrow money.

When Credit Cards Make Sense As a Form of Tax Payment

If you do pay off your credit card each month, then the processing fees for using a credit card to pay your tax bill can be worthwhile — if the rewards exceed the fees. Also keep your card’s annual fee in mind, which can eat up more of the rewards you earn.

A sign-up bonus can also be worthwhile if you pay your credit card off each month. Getting a $500 bonus for spending $4,000 within three months of opening a card, for example, can be worth paying a convenience fee.

Whatever math you end up doing to check if paying a tax bill with a credit card is worthwhile, you may want to increase your tax withholding so that next year you’re not stuck with another tax bill. A tax refund, or at least a zero balance, can be a lot more rewarding at tax time.