What is Starz?
Starz is a premium subscription service owned by Lionsgate. Like HBO and Showtime, Starz produces original content while offering a library of movies and shows featuring new releases and popular classics. Starz has two sister channels – Starz Encore and MoviePlex. Starz launched its own service in 2016 in response to HBO and Showtime’s streaming services. It costs less than both at $8.99 per month. Its library has a huge selection of Starz on-demand movies and classic TV shows. The service also features original series with a ton of action, drama, crime, comedy, and sci-fi. 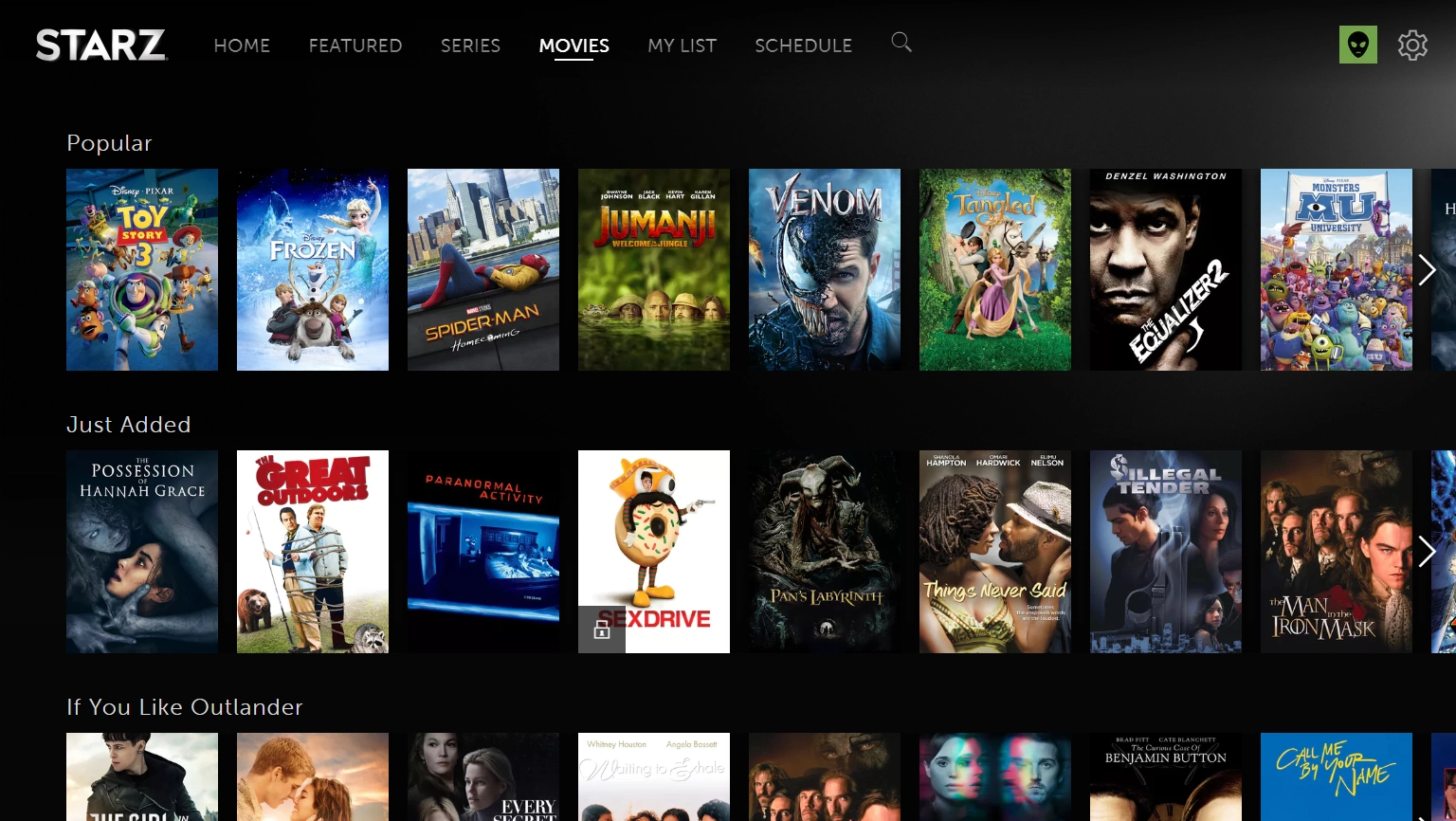 Starz plans and pricing
You can purchase Starz as a standalone plan. It’s also available as an add-on with the following streaming services: Amazon Prime Video, AT&T TV, Hulu, Sling TV, and YouTube TV. If you purchase a Starz subscription as an add-on, the price varies by streaming provider.

Compared to other premium channels and services like HBO Max and Showtime, Starz is definitely the best option for the price. Not only is Starz cheaper than other options, but if you’re including it as an add-on to your cable TV or other subscription plans, you have the chance to get even cheaper.

Starz also offers a selection of original shows you won’t find anywhere else (although the ultra-popular Outlander can now be found on Netflix, though not as live as Starz), and you can usually try it for free for 7 days if you change idea and unsubscribe, there is no obligation to continue.

The Starz standalone app is priced at $9 per month. However, there are two Starz premium cable options: Starz and Starz Encore, a set of niche content. Sometimes they are all included in the bundle. Other times, they are sold separately. Starz Encore is mostly new theatrical releases and 70s movies.
If you pay for Starz channels through a cable or satellite TV provider or as an add-on to a streaming service like Hulu, you can sign in to the Starz app for free. All Starz content can be found on the app, but please note that Xfinity prohibits its subscribers from using the app.
DirecTV Stream offers Starz as a premium channel (with app access) for $11 per month, while most other providers charge $9 per month. Unlike HBO Max, for example, the Starz app doesn’t have multiple price tiers. Instead, streaming services offer a single flat rate for their ad-free content, and you don’t have the option to pay less if you watch ads.
To save a little money, you can subscribe to a three-month plan for $20 or a six-month plan for $44, which is $7 and $10 less than what you’d pay per month, respectively. New users have a standard 7-day free trial, but you can keep an eye out for special promotions.
Starz catalog includes movies and flagship originals
Starz has more than 800 movies and 80 TV shows in its catalog. Viewers can watch all their original productions on the app, including hit series like P-Valley, the award-winning Outlander, Heels, The White Queen, American Gods, BMF, Black Sails, Ash Vs. Evil Dead, Blindspotting and Power series. Once upon a time, Game of Thrones was the second-largest cable show after Game of Thrones, drawing an average of about 8 million viewers, according to Deadline.
Like its streaming rivals, Starz rotates its selection of movies under licensing agreements, so some titles are only available for a limited time. The film selection includes every “Chainsaw” movie — including “Spiral” starring Chris Rock — as well as “Here Today” (starring Billy Crystal and Tiffany Haddish), “Inglourious Basterds” , “Forrest Gump,” “Iron Man 3,” and Johnny Depp’s “City of Lies.”