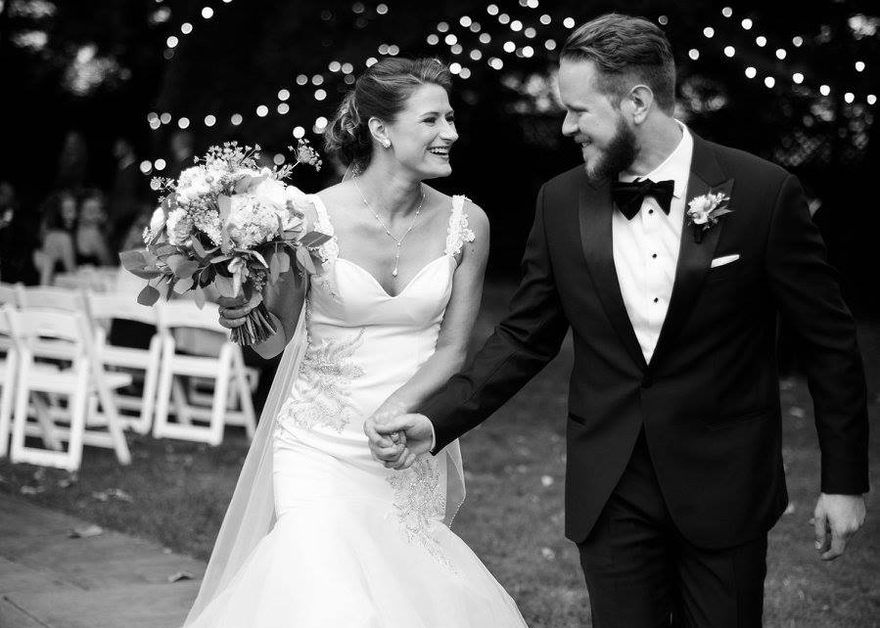 6 Ways to Help When Your Parents Are Drowning in Debt

I got into debt from years of financial ineptitude. Ignorance, really. Spending money I didn’t have on stuff I didn’t need. I wasn’t trying to sabotage my finances — I honestly didn’t know better. “Debt is bad. Saving is good.” That was the extent of what I knew about money management.

My debt never got wildly out of control, but I chalk it up to sheer dumb luck that by the time I realized my finances were a problem, I only had about $21,000 in debt. That’s not a drop in the bucket but could have been much worse. What can I say? I loved to spend my money — on stuff I didn’t always need.

Upon getting engaged, my wife and I decided to lay our cards on the table. We had talked honestly about our finances before, but this was the first time we sat down to look at exact amounts. She brought about $10,000 in credit card debt into the fold. I had $17,500 in student loans and a balance of $3,500 across all my credit cards. Now that we had an actual number to look at — as much as it pained us to do so — the debt became real.

Our debt wasn’t an abstract thought anymore — one we’d give the time of day to just once a month when the bill was due. With our wedding 16 months out, eliminating that $31,000 in debt became a goal. The moment we looked at each other and decided to get rid of it, everything changed.

How we paid off our debt while saving for our wedding

We delved into everything personal finance; you can say I even became a little obsessed. I went and bought book after book on the topic — from Robert Kiyosaki and Sharon Lechter’s “Rich Dad, Poor Dad” to George S. Clason’s “The Richest Man in Babylon.” I scoured the internet, reading articles, blogs, and stories of people who took on similar feats.

My wife sent me a text one day: “Check out Dave Ramsey.” And so I did. For the next few months, we couldn’t get enough of his radio show. Every “debt-free scream” we heard became even more fuel for us.

I continued to consume everything personal finance, but I also knew just reading about the subject wasn’t enough — it was time to put my newfound knowledge into action. We were getting ready to embark on two of the biggest financial adventures of our lives, and we needed to settle on a solid plan. Otherwise, our goals to both save for our wedding and get out of debt would likely never materialize.

Neither of us had paid off debt before, let alone $31,000 of it. Nor had we ever saved with an actual goal in mind. We’d stash some funds away here and there, haphazardly at best. But how we spent money was what really needed to change. Neither of us had the slightest clue how much we were spending each month or if the money we were bringing in was enough to cover it.

“Set a budget.” In almost everything we read, this was the first step. So that’s where our plan began. The budget we created to hit our targets was doable — but tight. And while the budget made sense mathematically, we understood that paying off our debt was more about our motivation than the numbers. From that point on, we had to tell every dollar where to go, instead of allowing money to control us.

Here are the three primary steps we followed to take control of our finances and achieve our dream:

Once we set up a budget, everything began falling into place. We saw where every penny went, where money was wasted, and where we could make cuts to help us reach our goals.

We started with the budget template in the back of Dave Ramsey’s “The Total Money Makeover.” We also incorporated the “envelope system.” This meant everything we bought, we paid for in cash. This cash was divvied up between a slew of envelopes, all labeled in black marker for each expense: “Gas,” “Groceries,” “Matt’s spending money,” etc.

Since we were all cash, we thought about locking our credit cards in our safe. But shredding them was more dramatic — more symbolic. Even though we were just cutting up a few pieces of plastic, the impact doing so had on us felt greater. We weren’t just chopping up our cards, we were chopping up our debt as well. And while there’s nothing inherently wrong with credit cards, there was something wrong with how we used them. And until we knew we could be trusted with one, it didn’t make sense for them to be accessible to us.

The first month of tracking our spending was pretty much a trial run. It gave us insight into exactly how much we needed to set aside for essentials — gas, groceries, utilities, etc. It also allowed us to identify wasteful spending. Tweaks were made, and over the months, our budget became more refined. Eventually, that paper template from the book turned into a fully-customizable spreadsheet I built in Excel (which we still use to this day).

Step 2: Paying off our debt

Once we knew exactly what we needed for our essential budget, we were able to calculate how much we could throw at debt each month. I picked up a second job to bring in more money, which was an enormous help. Every penny I earned from that side job went toward our debt, but we knew we needed to have a more strategic approach to debt elimination.

Collection Agency Payment Plans: Everything You Need to Know

As I researched more about personal finance, the debt snowball and debt avalanche methods kept popping up. Both made sense, and both had their benefits. We just had to figure out which method of debt repayment was best for us.

The debt snowball method is a debt-repayment strategy that targets your smallest debt first, and it’s the first one my wife and I tried. It focuses more on the psychological aspect of debt repayment, allowing you to achieve small, quick wins that act as continued motivation while you work your way through your debt. The process is simple and straightforward:

By the time we paid off our smallest debt, we were heavily invested in what we were doing. The motivation we got from quickly paying off one of our credit cards was exhilarating, but the big debt was costing us too much in interest. So we decided to give the debt avalanche method a go.

While paying off each debt using this method took longer for us, it was much more financially impactful. In time, we paid off $31,000 in debt and saved a lot in interest that we would otherwise have paid had we continued to focus on the smallest debt first.

Step 3: Saving for our wedding

The wedding was 16 months out, and with our budget in place, we started saving. We knew if we stuck to our budget, we could set aside what we needed for our wedding while continuing to pay off our debt. We had to save a total of $15,000 for the wedding, and with a majority of our income going toward debt, we knew this wouldn’t be easy. Even though reaching our savings goal didn’t seem likely at first, the numbers said we could do it. Motivation would have to take us the rest of the way.

I already knew where I’d be keeping my savings — it was important to me that we housed our money in a high-yield savings account with an online bank for the next 16 months. That way, our savings would earn at least a little interest along the way. High-yield savings accounts also make saving easy — not just because they offer an APY (annual percentage yield) with a decent return, but because many of today’s online banks also provide an enjoyable banking experience. They’re easy to use, and you can access your funds anytime from anywhere with an internet connection.

We had three goals to hit while saving for our wedding — a photographer, flowers, and our honeymoon — so we opened up a separate savings account for each. Tracking our savings was easier this way, as we knew exactly how far along we were with each particular goal. If nothing else, it also kept us inspired to see each account grow.

We treated saving as an expense, essentially paying ourselves first. This ensured our savings goals weren’t secondary. They wouldn’t be something we contributed to with whatever money was left at the end of the month. Instead, every time we got paid, the money we budgeted went directly into our savings.

16 months later — the day we celebrated

I had $1,000 left on one of my student loans the day we got married. It wasn’t zero, but we did a helluva job if I do say so myself. We celebrated one of the most memorable moments of our lives right off the heels of one of our biggest achievements. To say this felt amazing would be an understatement.

In the end, we paid off $30,000 in debt in 16 months while saving $15,000 for our wedding. We started the next chapter of our lives with more control than we’d ever dreamed of. And what I took away from the experience is something I could never forget.

What I learned that can help you too

Debt sucks. The feeling of owing someone is unpleasant, and it’s always in the back of your mind. When you decide to disentangle debt from your life, don’t assume any one way is right. Try different methods and see what works best for you.

My wife and I attacked our debt very aggressively until it was nearly gone. While this helped us pay it off sooner, we sacrificed our happiness, too. We stopped spending money on us and the things that made us happy, whereas we could have learned to spend in moderation while still reaching our goals. And when you strip away your happiness, paying debt and saving becomes nothing more than a chore. That can take a toll on you — and can also cause you to give up on your goals. Instead, consider creating a budget that allows you to make progress toward your goals while still enjoying your life.

Paying off the majority of our debt was one of the most exhilarating things we’ve done, but the challenge of it was especially important. It taught us things we didn’t know we were capable of doing. But most importantly, it changed our relationship with money.

Great for Over $20K in Debt

Looking for Government Debt Relief Programs? Try These 8 Places Instead